Love for the Gemstones

I've never felt a particular fondness for quartz and other gem stones you see used in jewellery; mainly because I think I associated it with older women, and it just didn't appeal to my "hip" side. However, since working in a jewellery store for 3 years, I learnt a fair bit, and I developed a wee love for some stones in particular.

I was cleaning a very lovely girl's ring, and when I exclaimed how beautiful it was, and how it was incredible because I could have sworn it'd changed colours, she told me the story behind it. It's a fairly "recent" discovered stone, found in 19th century Russia, and was named 'Alexandrite' in honour of Tsar Alexander II. This stone is believed to bring good fortune and love, and I can understand why, it's just absolutely stunning. They are expensive, but I am definitely going to invest in one in the future.

Bet you thought sapphires only came in that vivid blue colour, amirite? Well, I'm going to break that common stereotype right here and now, sapphires come in an array of colours! The only colour the sapphire doesn't come in is red - that is a ruby. My other half gave me a stunning ring with a dark blue sapphire which I absolutely love. It's been passed down within the women in his family, so it's even more special to me. Can you tell I love multi-coloured things? As much as I want the usual blue topaz, I also want to own the mystic topaz. The name is awesome, let's not deny it!, and I've rarely seen other women wearing it. The stone is coated with a thin layer of titanium to the underside through a process which changes the way the stone absorbs and reflects light. Because it's man-made (the colours), it's considered semi-precious. 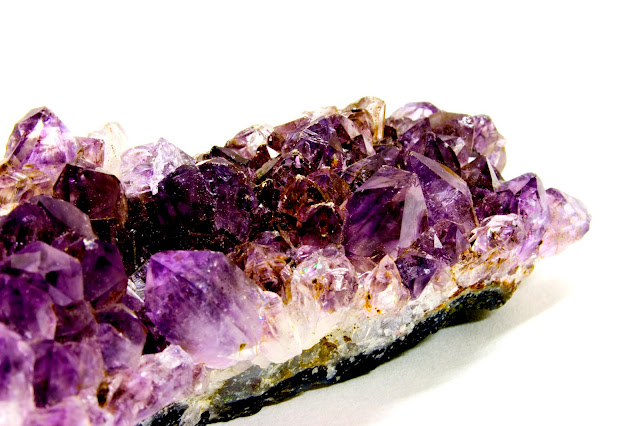 It's name is derived from Ancient Greek which means "not intoxicated", because the ancient Greeks believed this stone protected its owner from drunkenness! In terms of spiritual and healing properties, it's believed that the stone brings peace, aids restful sleep and eases stress. My grandmother wore a necklace made out of little bits of amethyst, and I always think of amethyst in fondness because of this. I love it in its natural state best, I love running my hands over the cool, jagged lines.

Emma from Beauty and Rags is currently running a giveaway for an absolutely exquisite gold dipped amethyst necklace, and I would absolutely, absolutely love to win it! *fingers crossed* Hop on over and check it out here. 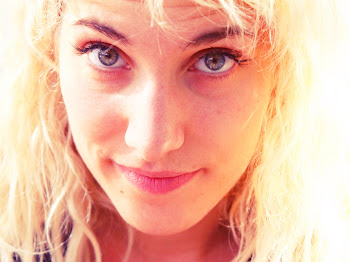 Maria K.
In my early 20s, spends just that tiny bit too much obsessing over beauty, makeup and all things that sparkle. If you wish to contact me in regards to products or events you would like me to review, please send me an email at: blindlybeautiful@gmail.com